Three months after installing Linxup asset trackers on his construction equipment, Ryan Wade discovered just what a good business decision that was.

Ryan’s company, JBK Landscape, provides customized landscape design and construction services, from urban gardens to natural mountain retreats. Ryan chose Linxup AT3 asset trackers to help monitor several pieces of expensive equipment that were vital to keeping the company in business. One of the features he liked best was the ability to set authorized hours of use.

Around 8:30 p.m. on a Wednesday night, Ryan got an alert that a $30,000 track loader was on the move. Ryan drove to the construction site to confirm that the track loader was indeed missing, and immediately checked the Linxup app on his phone to find the equipment’s current location.

“Fourteen bucks a month is nothing compared to one piece of equipment.”

Four hours later, Ryan was waiting for police to investigate the theft when Linxup again alerted Ryan that the equipment was moving. He followed the location and found it sitting in a field, where fellow employees helped him recover it and return it to the construction site.

“That loader was brand new to replace a piece that was stolen the year before. The trackers paid for themselves pretty quickly. You can never really budget for this kind of thing, but it happens,” Ryan said. “Fourteen bucks a month is nothing compared to one piece of equipment.”

Ryan said he has recommended Linxup asset trackers to other colleagues as well. “It’s really easy to install, takes literally no maintenance, and they work! They’re accurate and they work. When you need it, it’s quick.” 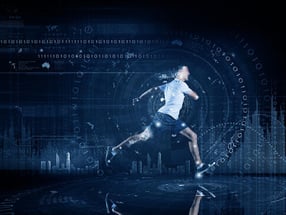 Elite Athletes Use Data To Improve Performance. Your...

The use of data in sports has transformed everything from how talent is identified to training. Why not get that...
Read More 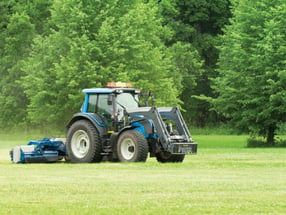 Hermes Landscaping is easily keeping track of their fleet of lawn equipment and vehicles across all divisions with...
Read More 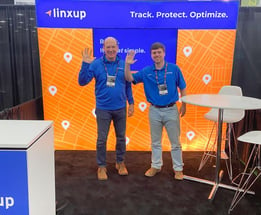 The Linxup team packed up and headed to Louisville last week along with 20,000 others in the landscaping industry...
Read More