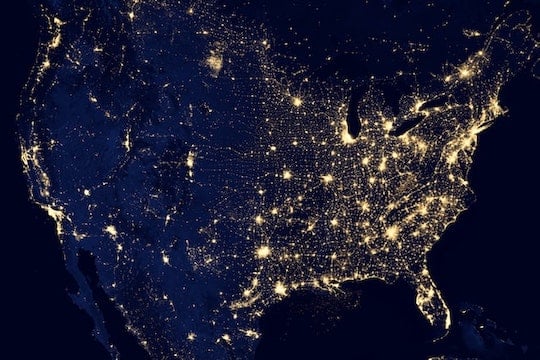 You've probably used GPS on your phone to get to your destination. It seems like science fiction, using satellites to triangulate your position. But believe it or not, GPS technology has existed since the early 70s.

GPS is a critical part of our global infrastructure. People use it in everything from commercial industry to search and rescue missions. Without GPS, it could cripple many essential functions of our society.

But how does GPS work? It may seem like rocket science, but we're here to demystify this fascinating topic. Join us as we discuss what the technology is in this GPS guide.

GPS is a United States Department of Defense project. The acronym stands for Global Positioning System. It uses a network of satellites in the sky, combined with strong antenna receivers, to pinpoint a person or object's position on the globe.

It all started with a project to track submarines in the poles. These were Sputnik-era satellites, primitive precursors to the current telecommunications satellites. Scientists discovered that they could pinpoint a submarine's location using the Doppler Effect--which we'll discuss in the next section.

GPS started as a government-only technology. They used it in applications from the military to science. This provided significant advantages to the US over its rival, the Soviet Union. However, GPS was not available to the public for many years.

Why GPS Became Available to the Public

Given the strategic advantage that GPS had to the military and defense, the US closely guarded this secret. They limited who could use GPS to maintain leverage over the Soviet Union in the form of a security advantage.

That was until tragedy struck in 1983 when the Soviets shot down a Korean passenger plane. This shocked the world, but more shocking was that this tragedy was entirely avoidable. The aircraft had accidentally entered Soviet Airspace because they'd lost their course.

US leaders realized that the greater overall society needed GPS. This could prevent not only future tragedies but also improve travel and navigation.

In 1983, then-president Ronald Reagan made GPS available to the world. This meant that anyone--American, European, or even Soviet--could use the GPS system for free without obligation. This was a huge step forward in progress.

Of course, GPS was far from perfect. It required dedicated hardware, which was often cumbersome to use. Even though GPS was available to the public, only enthusiasts were able to make use of it.

Then around 1989, handheld devices capable of receiving GPS signals arrived on the consumer market. From this point onward, the consumer industry evolved to create increasingly sophisticated GPS-enabled devices. We see that progress now, given that GPS comes standard in most smartphones.

By 1993, GPS has a whopping 24 satellites in orbit. This increased the precision with which you could find your location and allowed GPS use in more diverse locations. Since that date, the coverage and accuracy have increased by leaps and bounds.

Even in the middle of the wilderness, one has a reasonable likelihood of getting a GPS signal. Many tragedies have been avoided thanks to the ability to locate objects and people.

Although anyone can use GPS, non-US government personnel can only use SPS (the standard positioning system). While this gives a reasonably accurate reading of one's location, it's only accurate within 3-10 meters. This is sufficient for most purposes, from navigation to location.

The PPS (precision positioning system) is far more precise. It's this system that the DoD reserves for itself and other government departments. You might see them use this for precision missiles and drone piloting.

It's unlikely that we'll see the PPS system available for civilians in the future. That said, the SPS system does a great job, and it's doubtful that anyone would need more accuracy. Smartphone manufacturers have been using Wifi and cell phone reception to allow smartphones to get the same precision.

How Does GPS Work? GPS Explained

GPS makes use of what scientists call the Doppler Effect. This is a scientific observation that has to do with how a person perceives electromagnetic waves. It takes into account a person's position or movement in relation to the waves.

Your science teacher may have given you the following example: you're standing on the sidewalk when you hear an ambulance approaching with its siren on. The ambulance is moving quickly and will pass you within a few seconds.

But when that ambulance passes you, the sound of the siren changes. It sounds different, almost like it's slower than when you heard it coming. This is the Doppler Effect in action.

In essence, electromagnetic waves can "bunch up" if you or the object emitting them are intercepting each other at high speed. You would experience the same thing if you were racing toward a parked ambulance.

How GPS Uses the Doppler Effect to Track Position

Since scientists can measure wavelengths and frequency, they can use the Doppler Effect to measure distance.

Your GPS has a receiver that interfaces with the 24 GPS satellites. It sends a signal to one, two, or even three of them. The satellites receive this signal and bounce it back.

This signal travels at the speed of light, meaning the delay is only a few milliseconds. Once it reaches you, the receiver does the calculations of wavelength and frequency automatically. This information can give you an accurate reading of your current position.

GPS Tips for Getting the Best Signal

It's ideal to get a signal from multiple satellites. At any given moment, you are within range of at least a couple of satellites. However, you may need a clear line of sight to those satellites.

There needs to be a relatively unobstructed view. If there are trees or a rock face in the way, this will damage the signal accuracy. This is why hikers must be up high to receive a GPS signal.

GPS works very well in urban and suburban areas since fewer of these natural obstructions tend to occur. Large buildings in a city center usually only harm a GPS signal a little.

In other words, your GPS signal will be best while you're around civilization. Out in the wilderness, you may get a different service.

Let's be clear, though: GPS is a reliable system.

It has the benefit of decades of research and development. The US government and others have gone to great lengths to innovate. Using GPS gives you the guarantee of versatility and accuracy.

As you can imagine, GPS is a robust system that offers many possibilities. GPS can help you to do far more than locate yourself during a road trip. Let's take a look at just a few of the things that GPS can do.

As a business, you need to know where your assets are. These can be drivers in your fleet or vehicles that are stored and not currently used. GPS fleet tracking is the ultimate solution for fleet management at all hours of the day because it is always on, tracking 24/7.

You know when your employees completed a job and how long it took. You can tell if they've been idling for too long, even in multiple locations.

Logistics is a tricky game. It's about shuffling your fleet and reacting quickly when complications arise. Seeing real-time locations lets you have finite control over your employee's whereabouts.

Your employees are likely good people, but there are better ideas than giving them carte blanche. A tamper-proof GPS system means they can't remove it or influence its readings in any way. If someone is where they ought not to be, geo-fence alerts will make you aware.

It's also a great tool for dealing with emergencies. Floods, hurricanes, storms, tornadoes, and earthquakes can disrupt communications. Fleet tracking software ensures you can keep your people out of harm's way.

Last of all, you can gather data from GPS to optimize your routes. Using AI, you can determine how to save gas and time. This results in substantial cost savings and improved customer service.

You've got many assets: construction machinery, shipping containers, or even generators. Whatever your assets may be, you need a reliable means of locating them wherever they may be.

Asset tracking tells you where your property is at all times. It records the history of where it's been and can tell you how long it's been in use--or not in use.

Theft is a big concern for any business owner. You never know if a ne'er-do-well will attempt to steal your property. If they do, the GPS tracking will lead you straight to where they've taken it.

You can quickly alert the authorities and regain your equipment. A tracking system prevents the tedious job of reporting theft to the police and waiting hours or days for them to find stolen goods. That is, if they find them.

GPS tracking can also help you to keep an eye on your rentals. You risk a lot, from backhoes to industrial equipment, by renting this equipment out to strangers. Even if they're on the hook for loss or damages, the last thing you want is to delay future rentals.

The great thing is that you can even track small objects, such as power tools or costly electronics. You keep your employees honest while having a means of regaining what they stole if they're not.

Boats can prove to be tricky when it comes to tracking. The sea is dangerous, filled with storms and inclement weather. A bit of miscalculation in the heading can lead them miles off course.

With modern GPS tracking, that's no longer an issue. You can keep a close eye on everything from trawlers to fishing boats.

Boat trackers are especially helpful in dangerous lines of work like arctic fishing. Storms can prove deadly, so keeping your men ahead of them is crucial.

These GPS trackers don't balk at bad weather, either. They're waterproof and shockproof. They resist the coldest temperatures up to the sweltering ones.

Out on the ocean, supplies are limited. You might not want a GPS tracker that is going to be a drain on your ship's battery. Luckily, solar-powered trackers and many-year batteries have kept these trackers running for ages.

Liability is a concern for your fleet. If your drivers get into an accident, you need to know the when and where. Dash cams are essential in this day and age, and pairing that with a GPS gives you further information.

A dash cam keeps your drivers honest, too. That translates into fewer liabilities and more customer trust. If you can show your drivers have a track record for safety, you can also boost your reputation.

In accidents, the other party may back off on pressing charges if there's dash cam evidence. You won't have to deal with as many false claims. Those pedestrians or bikers that fake injuries to gouge you for insurance will no longer be an issue.

A dash camera with a GPS tracker also reduces your insurance rates. It allows you to maintain strict control of incidents and assign blame to responsible parties.

Find the Right GPS Units for Your Business

How does GPS work? It's a system of 24 satellites that use the Doppler effect to pinpoint your location across the globe. While simple, in theory, the GPS system has a wide range of applications.

PREVIOUS ARTICLE
How to Choose Fleet Tracking Software: Everything You Need to Know NEXT ARTICLE
Navigating the Construction Site: The Importance of GPS for Concrete Trucks Long-term GPS tracking for any asset or equipment - made simple with a battery that lasts for 3 years. 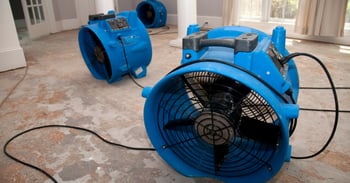 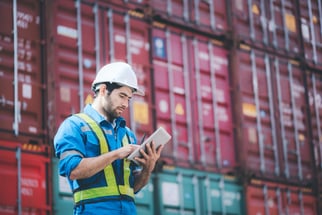 Getting More ROI From Your GPS System

The return on investment from a GPS fleet management system goes far beyond fuel savings, extending into every...
Read More 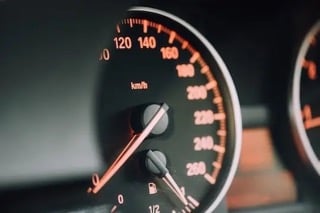 Why Linxup is the Best Fleet Management System with...

Learn why Linxup is the Best Fleet Management System with Live GPS Tracking for businesses looking to improve...
Read More