More Than 25,000 Catalytic Converters Have Been Stolen

When Mr. Mueller headed out to his Hyundai Santa Fe on a bright fall morning, his mind was on a dozen things other than his vehicle. Mueller lives on a busy street corner in St. Louis, and it's not unusual for his car to receive hit-and-run dings and dents. On this particular morning, the car looked great, and Kurt started it up to head to work.

Something was wrong. The loud rumbling noise indicated significant and immediate problems. So rather than heading to work, Mueller headed to his local, trusted mechanic and dropped off the car.

A short while later, he was startled by the text he received and the news that he had been a victim of catalytic converter theft and it would cost $1,182 to fix.

This is a crime that too many Americans have suffered.

And it is a crime that fuels a sprawling shadow market. A market with "a structure and organization to it that you don't see with really any other stolen property at this scale," says Tim Meyer, King County Sheriff's Office spokesperson.

In December 2020 alone, the number of catalytic converter thefts outpaced all reported incidents from 2018 by 80%. In just the first five months of 2021, there were 25,969 reports of theft.

Catalytic converter theft is still an issue in 2022

State Farm reported that its number of claims for stolen catalytic converters hit 43,219 nationally from July 2021 to June 2022, representing a 109% increase compared with the previous 12 months.

Let's walk through everything you need to know:

What is a catalytic converter?

Catalytic converters reduce the amount of carbon monoxide, hydrocarbons, nitric oxide, and nitrogen dioxide from vehicle emissions. Located under the vehicle, they are built using valuable precious metals, including platinum, palladium, and rhodium. And therein lies the problem.

Why are they being stolen?

Those precious metals inside the converters are costly, and the costs are rising. Inflation, supply chain, the economy, it's cold; the reasons are really a perfect storm in today's climate of work-from-home and mobile workers.

How are catalytic converters being stolen?

Quickly. Very easily, and in about three minutes. A catalytic converter can be removed from a vehicle in under two minutes by some accounts and others report surveillance videos show thieves removing a cat in "as little as 20 seconds."

Thieves are getting more skilled and determined. They're better equipped, better informed, and highly proficient.

The pandemic contributed to the sudden increase in catalytic converter thefts. Still, there's no sign of this abating:

So, which vehicles are most at risk? Technically all of them. But the ones most frequently stolen include:

As of November 2022, these cars are the most targeted for catalytic converter thefts in the Midwest region of the United States:

For more regional and Nationwide statistics on catalytic converter thefts, check out the excellent resource compiled by Carfax.

If you're a true crime enthusiast or enjoy an excellent investigative piece, read about the criminal supply chain moving catalytic converters. The qualities of these unfairly profitable enterprises and the processes making them possible are detailed by the journalists at Union-Bulletin.com, one of the best small daily newspapers in the United States.

What can you do to prevent your catalytic converter from theft?

Like anything else you value, you need to protect your vehicle by having eyes on it. When that's not possible, a dash camera is the next best thing to hiring real-life security guards.

For fleet managers overseeing multiple vehicles, a dash cam is essential. For example, on the Linxup Dash Camera (which operates 24/7 and captures motion around cars at any time), the motion-triggered LED light is a powerful deterrent to thieves. The light alone has been effective in keeping away would-be burglars.

In addition to lighting as a deterrent and installing a dash camera, you can also:

Local communities around the country are stepping up to help citizens avoid this type of theft. Tat-a-cat events are usually hosted by a community or police force.

Many more resources are also available to help people avoid this type of theft. The standard advice is to avoid parking for long uninterrupted places like hospital parking garages or implement safe practices at your business.

SUVs and fleet vehicles are some of the most targeted, so be proactive because the cost of waiting is too high.

The most accessible and proactive option is installing a GPS Tracker on your vehicles. Whether for business or personal use, we can get you and all your crews on the right tracker for your needs.

By sharing dash cam footage with police and insurance, you are more likely to be successful in capturing the people responsible and processing reimbursements. (Read more and see how dash cams can help you save on insurance.)

Usually, vehicle insurance with comprehensive coverage covers catalytic converter theft. But it would be prudent to check with your vehicle or fleet insurance provider.

Click to learn more about Linxup and Fleet Tracking solutions that keep vehicles safe and make our customers happy. Reach out to us: click here to call on your phone or dial: 1-877-732-4980. Long-term GPS tracking for any asset or equipment - made simple with a battery that lasts for 3 years.

Coaching, Not Catching: Using Dash Cams to Protect and...

Here are key tips to making dash cam technology work in your favor and win over your drivers.
Read More 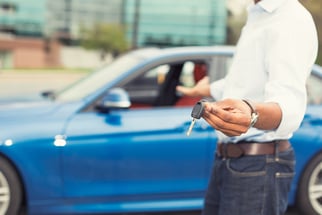 Should Your Car Rental Company Use GPS Tracking...

A car rental company trusts strangers with their products every day. Learn why your business needs GPS tracking...
Read More 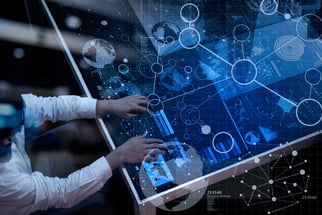 What is fleet management? Manage your mobile fleet with live GPS tracking and improve productivity with real-time...
Read More